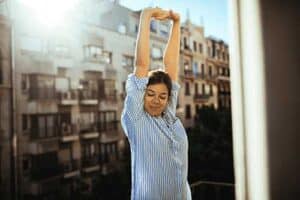 ClariFix Cryotherapy has provided the world with the modern-day panacea to chronic rhinitis. ClariFix is clinically proven, minimally invasive, and a safe treatment that targets the epicenter of symptoms to offer long-lasting relief. Its convenience makes it attractive to patients because it is an in-office procedure.

Before treatment, you and your doctor should assess the severity of your symptoms. Rate your symptoms for a week or a month and take the results with you when visiting your doctor. Symptoms range from no signs to severe. The information is usually critical in helping your doctor make the right decisions as to whether ClariFix is good for you or not.

During the visit to your doctor, it is essential to discuss your medication history and to disclose any drugs you may be using. This disclosure helps your doctor make an appropriate plan for your treatment. The visit is also an opportunity for you to raise any concerns you may have regarding the treatment.

At the time of treatment, your doctor will use anesthesia to numb the inside of your nose. The ClariFix extension and endoscope will then be placed in your nasal cavity, after which the cold treatment is applied, using a cold prod. The procedure takes a couple of minutes to one hour at your doctor’s office. The short duration of the process makes it suitable for patients with tight schedules.

Typically, during the procedure, you will experience a little pressure and a cold sensation in the nose and sometimes on the areas adjacent to the molars. It is also expected that you will feel some discomfort after the treatment and during the healing process. However, the pain is bound to ease off after a short while.

Clinical studies show patients reported a significant reduction in running nose and nasal congestion. For the majority of the patients, improvements are realized within two to six weeks following the treatment. Also, 4 out of 5 patients reported long-lasting relief from their symptoms.

Is ClariFix The Right Choice For Me?

Upon examining you, your doctor will determine if you are the right candidate for ClariFix. However, in most cases, patients with moderate to severe symptoms are ideal candidates for the ClariFix Cryotherapy procedure.

While there are various treatment options for people experiencing chronic rhinitis, including pills, allergy shots, and nasal sprays, most of them do not offer a lasting solution. These treatments may be useful in reducing a runny nose and congestion but mostly demand daily use, which can be cumbersome for patients, and in some cases, symptoms persist despite the use of these treatments. Besides, prolonged use of these treatments can cause side effects such as dry throat, nose bleeding, and headaches. ClariFix is the best option for treating chronic rhinitis since it provides long-lasting solutions without adverse side effects.

The ClariFix procedure is safe for you since the FDA authorizes ClariFix devices for use as cryosurgical tools to destroy undesired tissue during surgery and also in adults suffering chronic rhinitis. Thus, as a patient, you are assured of the safety of the whole process.

The treatment has been proven to be highly effective in most patients. On the Wong-Baker FACES pain scale, where 0 is the minimum score and 5 is the maximum score, many patients have reported an average pain of 1.19, making it an almost painless treatment.

Most patients resume their daily routines within a day after the treatment; hence the downtime is minimal. The procedure’s most common side effects include a temporary increase in nasal congestion and a short-lived discomfort that disappears within a few days.

There are numerous benefits in choosing ClariFix Cryotherapy to fix your chronic rhinitis. These include;

Rhinitis is a frequent inflammation of the nose characterized by a running nose, nasal congestion, postnasal drip, nasal itching, sneezing, and sometimes difficulty sleeping. Rhinitis becomes chronic when it persists for over four consecutive weeks.

There is no established cause of chronic rhinitis. However, hyper-responsive nasal nerves are highly attributed to this condition. The nerves in the nose send signals to the brain to regulate the functions of the nose. When the nerves become hyperactive, they are known to release more signals than is necessary to the nose to perform its functions, telling the nose to run, drip, or swell more than necessary.

This condition causes the nose to respond abnormally to the prompts and start behaving like fighting off infections. The nasal linings become inflamed, and the inflamed turbinates cause a stuffy nose and congestion; they also lead to increased mucus production, causing a running nose. These symptoms can be quite irritating.

Depending on the underlying cause’s nature, chronic rhinitis is categorized into two groups: allergic and non-allergic.

Chronic rhinitis can eventually cause health complications such as:

Whether allergic or non-allergic, there is a solution in ClariFix Cryotherapy for your chronic rhinitis from Sinus & Allergy Wellness Center in Scottsdale and Fountain Hills AZ.