Most wouldn’t think it, but there are plenty of plants in the desert that could cause allergies. At least one-third of the residents of the Scottsdale and Phoenix area report experiencing some form of allergy. Hay fever, which is the reaction your body has to plant pollen, takes the form of watery eyes, congestion, sneezing, and itching.

Ragweed is responsible for the allergies of many people in desert environments. It can even cause problems with people all year round. Ragweed pollen can cause many symptoms of hay fever, even hives and other rashes. Plants that can cause allergic reactions all year round are called perennial weeds.

Other foliage that can cause Hay Fever in Arizona

Russian Thistle: This is a tumbleweed that lots of people react to. It can cause skin rashes and many other reactions after exposure.

African Sumac: This tree can cause constant sneezing in the people who react to it.

Feather Palm and Desert Fan Palm: These palm trees produce a large amount of pollen. This can lead to reactions in people who live near palm trees.

Desert Broom: These plumes travel easily in the wind. This causes allergic reactions on a widespread level.

Arizona Sycamore: This moderate allergen can cause severe reactions in quite a few people.

Chinese Elm: The pollen from the Chinese elm is considered a moderate allergen, and it easily travels by the wind.

Arizona Sycamore: These trees produce flowers between March to June. They also litter the streets of many of Arizona’s cities. Many people suffer from reactions due to this tree’s flowers and pollen. 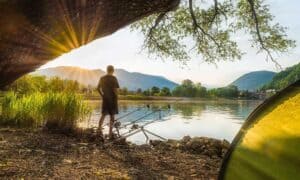 Hackberry: These can cause allergic reactions to certain people who get too close and have long exposure. It doesn’t cause severe reactions unless you spend a lot of time around them.

Juniper: People who are allergic to cedar and cypress are often also allergic to juniper.

Mesquite: This one is a big problem in Arizona. It produces a large amount of pollen that travels via the wind. Nasal inflammation, congestion, sneezing, and a scratchy throat are all common symptoms of mesquite allergies.

Bermuda Grass: Even the grass in Arizona can cause allergy reactions. Runny nose and sneezing are a few of the symptoms that Bermuda grass can cause.

Other Causes of Allergies in Arizona

Arizona is a dry area, not frequently receiving rain. This means that dust is stirring almost all year round. As we already know, dust can cause several problems even with a golf game. Dust is not good news to people with allergies. It can affect the respiratory system, creating an allergic reaction. Symptoms include coughing, wheezing, itchiness in the eyes, and more.

Manmade pollution is also an irritant for people in the cities of Arizona. Take Phoenix for example, pollutants from businesses and factories can cause reactions in many Arizona citizens. 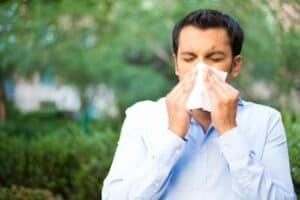 Check with a Scottsdale Allergy Specialist

Anyone suffering from allergic reactions in and around Scottsdale should seek the assistance of a professional. Thousands of people in Arizona find relief from talking with Scottsdale allergy doctors. Everyone deserves to live a healthy life without suffering from allergies. Whether you are in Phoenix, Glendale, Avondale, Anthem, or Scottsdale, we can help you today. Even if you aren’t sure what is causing your allergic reactions, you should contact us. We can find out exactly what’s causing your problems and help. Don’t hesitate; give us a call today to seek help.