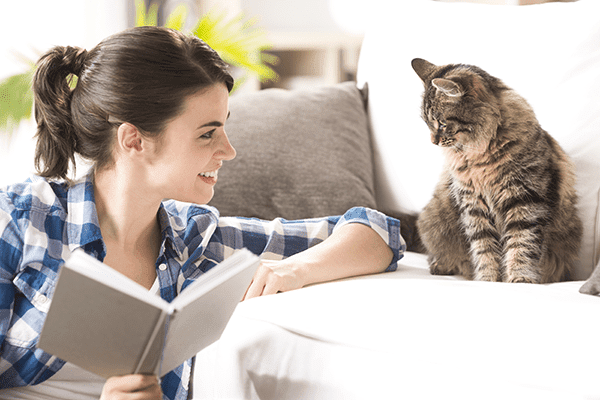 ‘Tis the Season for Indoor Allergies

Allergens are substances that are foreign to the body and can cause an allergic reaction in certain people. Allergens are everywhere in the world around us. Examples of common allergens are pollen, foods, and mold.Your living environment may contain a variety of animal and plant life, most of which can become a source for allergens, the triggers of allergic reactions. Pollens are the main cause of seasonal allergic rhinitis. However, if your nasal stuffiness, sneezing, watery eyes, and constant postnasal drip bother you year-round, then you most likely have nonseasonal hay fever, sometimes referred to as perennial allergic rhinitis. This condition is typically caused by indoor allergens such as dust mites, cockroach parts, mold, and animal dander.

Understanding the nature and location of common and indoor sources of allergy is fundamental. The key to managing allergies that are caused by indoor allergens involves reducing your level of exposure to them or avoiding them entirely, if possible.

This new January 2019 Q&A article describes some of the most common sources of allergens found inside the home environment and 3 other questions that are often asked.

Question 1: What are the symptoms and signs of reactions to indoor allergens?

Indoor allergens can cause symptoms in susceptible people. Seasonal allergic rhinitis can be caused by indoor allergens and manifests as nasal congestion, runny nose, watering of the eyes, sneezing, and postnasal drip. Symptoms of asthma, including wheezing or difficulty breathing, can also occur in susceptible individuals.

Allergic reaction to indoor allergens can also cause conjunctivitis, an inflammation of the lining membranes of the eyes. Symptoms of this condition include red, watery, and itching eyes.

Allergic symptoms involving the skin include eczema, or allergic dermatitis, characterized by a skin rash associated with itching. This usually results from direct contact with the allergen.

Question 2: What are the most common indoor allergens to watch out for?

A number of different substances, ranging from contaminants to pets, can provoke allergic reactions in susceptible people. The following is a list of some of the most common indoor allergens:

Question 3: What is the treatment for allergic reactions to indoor allergens?

Avoidance of identified indoor allergens can be very effective in controlling allergy symptoms. If such avoidance is not possible or incomplete, antihistamines are a common treatment for reactions to indoor allergens. These are medications that fight the effects of the histamine released during an allergic reaction by blocking the action of the histamine on the tissue.

Decongestants are drugs that reduce swelling in the nasal passages. These drugs can be helpful in reducing allergy symptoms, but they do not treat allergic reactions. Decongestants are available as pills or tablets or can be taken by nasal spray. Decongestant nasal sprays often cause a so-called "rebound effect" or worsening of symptoms if taken for too long, so they should not be used for more than five days without a doctor's recommendation. They should be used with caution in people with heart disease.

Prescription medications, including corticosteroids, cromolyn, and ipratropium (Atropine-like) nasal sprays, are used to manage some allergy symptoms. Montelukast (Singulair) is an inhibitor of a chemical involved in allergic reactions known as leukotriene. Montelukast is used to treat asthma and has also been approved for the treatment of hay fever (allergic rhinitis).

Allergy immunotherapy (allergy sublingual drops) is a process of stimulation of the immune system with gradually increasing doses of the substances to which a person is allergic. Immunotherapy is very effective for the management of allergies to pollen, mites, cats, and especially stinging insects (for example, bees). This treatment usually requires placing easy-to-take drops under the tongue and will need some time to become effective. They are a very convenient solution compared to allergy shots and require a similar length of treatment which varies, but a typical course of treatment lasts about three years.

Question 4: Is it possible to prevent reactions to indoor allergens?

If you have any other concerns which you would like answered, please feel free to call us for a consultation at our office, or message us on our Sinus and Allergy Wellness Center of North Scottsdale Facebook page right here:  We would love to answer your questions on an upcoming blog or social media post.

P.S. Stay tuned for our next February educational blog to teach you about our specific outdoor desert plants which cause many allergies for Phoenicians and out of town visitors!